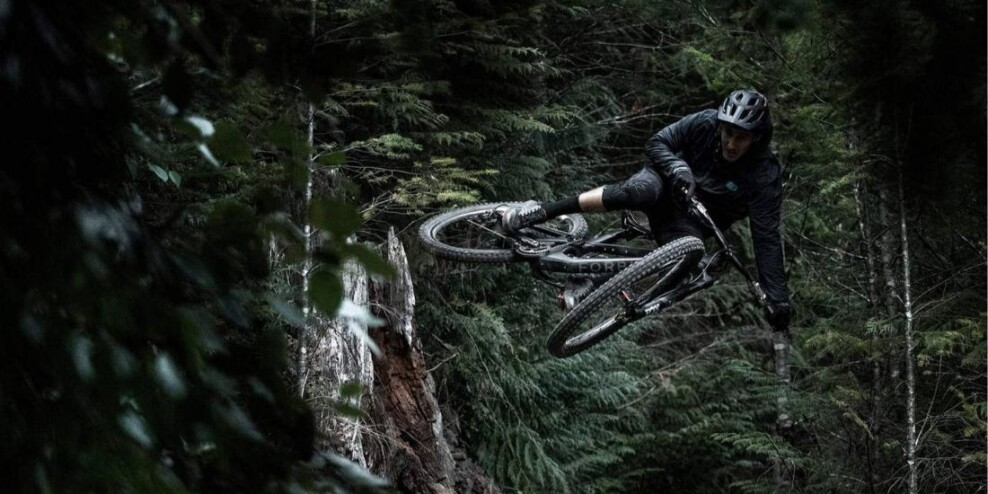 Forbidden now employs 11 people, all but two live in the Comox Valley

Back in 2016, Owen Pemberton was ready for change. He lived in Vancouver and worked as a design engineer for Burnaby-based Norco Bikes, one of Canada’s biggest bike brands.

After seven years at Norco and feeling mortgage poor in the big city, the UK-born Peterson wanted out. So in 2017, he and his wife pulled up stakes and moved to Cumberland – a mountain biking mini-Mecca where you can ride trail almost 365 days a year.

For a year, Pemberton continued working remotely for Norco while designing a prototype mountain bike frame on the side.

It became the Druid, the all-mountain bike that helped launch Forbidden Bike Company in 2018.

Pemberton and his Nelson-based business partner named the company after one of Peterson’s favourite rides, the steep trails that descend from the old Forbidden Plateau ski area.

Three years on, Pemberton says that his new company has exceeded his growth expectations.

In year one, Forbidden sold 370 frames. This year the company will ship more than 2,000 frames to customers around North America, the UK, and as far away as Australia and Singapore.

Forbidden is now on target to produce 3,500 frames next year. And if it weren’t for pandemic-related supply chain disruptions, Pemberton says the company would be growing even faster.

Forbidden now employs 11 people. All but two live in the Comox Valley. The company also has a satellite office in the UK, the bike builder’s second most important market.

With two bike models now in the showroom – the Druid and the burlier Dreadnought – Pemberton says he has six more design projects in the pipeline.

EDITORS NOTE: The original version of this story identified the founder/designer at Forbidden as Owen Peterson. His name isactually Owen Pemberton. We regret the error.