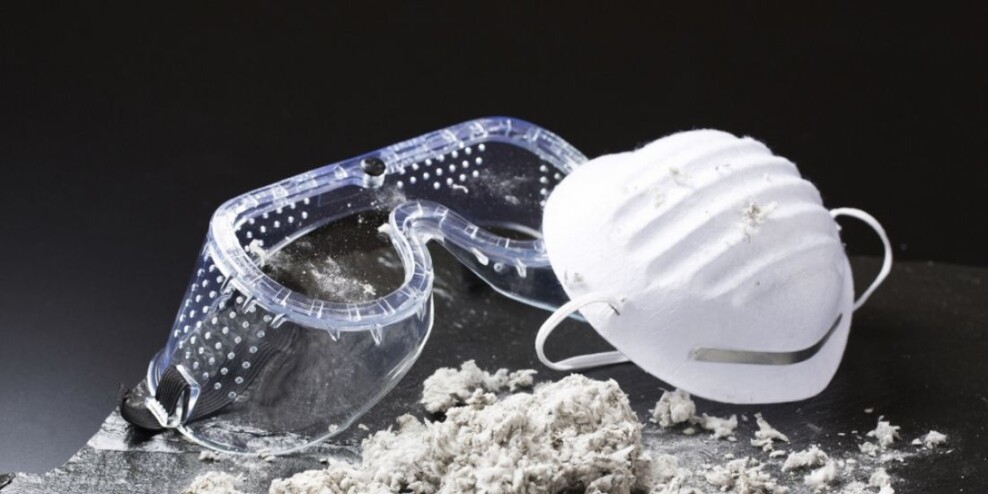 It Didn’t Kill Him (Yet), But It Cost Him Jobs

Comox Valley Pipefitter in a Battle Over Asbestos

More than 12 years ago, David Hamilton was working as a pipefitter in the Vancouver area when he started coming across asbestos. He got concerned about exposure to this hazardous material.

When he looked into what was supposed to happen, he found many employers weren’t taking the necessary precautions.

When he sounded the alarm, he lost his job. A few years ago, he moved to Vancouver Island hoping for a fresh start. But in 2019, he again encountered asbestos while working at the Comox United Church.

“Once you’ve had your eyes opened, you can never close them,” he said in a Black Press story published Nov. 12.

Asbestos is linked to cancer and other diseases such as asbestosis, a chronic lung condition with no cure.

It’s a nasty disease. The asbestos fibres irritate and scar lung tissue, causing the lungs to become stiff. This makes it hard to breathe. As the disease progresses, more and more lung tissue becomes scarred. Eventually, your lungs become so stiff that they can’t contract and expand normally.

Asbestos also causes a type of cancer called mesothelioma, usually infecting the lungs and abdominal wall. Canada has one of the highest rates of mesothelioma in the world. In Canada, mesothelioma is a compensable disease. This means patients can receive payment from provincial governments if documentation proves their asbestos exposure happened in the workplace.

But most of the time these effects don’t show up until 10 to 40 years after you’ve inhaled the stuff.

In 2018, it was a factor in 47 work-related deaths and is considered the leading killer of workers in Canada. But health problems can easily be prevented if employers follow safety protocols. But many employers resist because containing the microscopic fibres and preventing them from becoming airborne requires cumbersome hazmat suits, special masks and time-consuming preparation.

Prior to 1990, asbestos was used for insulation or fire-proofing buildings. When buildings of this era are torn down or remodelled, workers are often exposed to dangerous asbestos fibres.

Canada has a long and dirty history with asbestos. In early 2008, it was revealed that Health Canada had begun to study the dangers of chrysotile asbestos in an effort to politicize the value and safety of the mineral and boost the asbestos mining industry. The two scientists on the project were supporters of the asbestos industry.

It wasn’t until 2018 that the Canadian government finally passed the Prohibition of Asbestos and Products Containing Asbestos Regulations. But there remain exceptions for certain uses of asbestos.

Hamilton, who now lives in Cumberland, told Black Press that whistleblowing about asbestos has cost him dearly when it comes to employment.

Back in 2019, WorkSafe BC put a stop-work order on the Comox United Church job site until a safety plan was put in place to eliminate exposure to drywall, vinyl flooring and flooring adhesive that tested positive for asbestos. In the meantime, Hamilton lost his job.

It’s turned into a legal battle.

As reported by Black Press, Hamilton is now suing his former employer Apex Plumbing for wrongful dismissal, while the company claims his dismissal was to do with his workmanship, not the asbestos issue. The company also told Black Press that it has a restraining order against Hamilton over what it alleges is ongoing harassment.

Hamilton’s asbestos whistleblowing has not only cost him numerous jobs, it’s also taken up a lot of his time. He’s now facing pending civil and criminal cases in the courts.

VIHA Ignores Whistleblower Doctor, then Kicks Him Out of Port McNeill

PrevPreviousGuilt-free Hot Rodding – Is It Possible?
NextWATCH: Courtenay Songwriter Releases Another HitNext
Share on facebook
Share on twitter
Share on email
PrevPreviousOntario Court Ruling Could Have Huge Impacts on VanIsle
NextIt’s a Bear, It’s a Sasquatch, It’s Hugh Jackman – No, It’s a ‘Hyena of the North.’Next