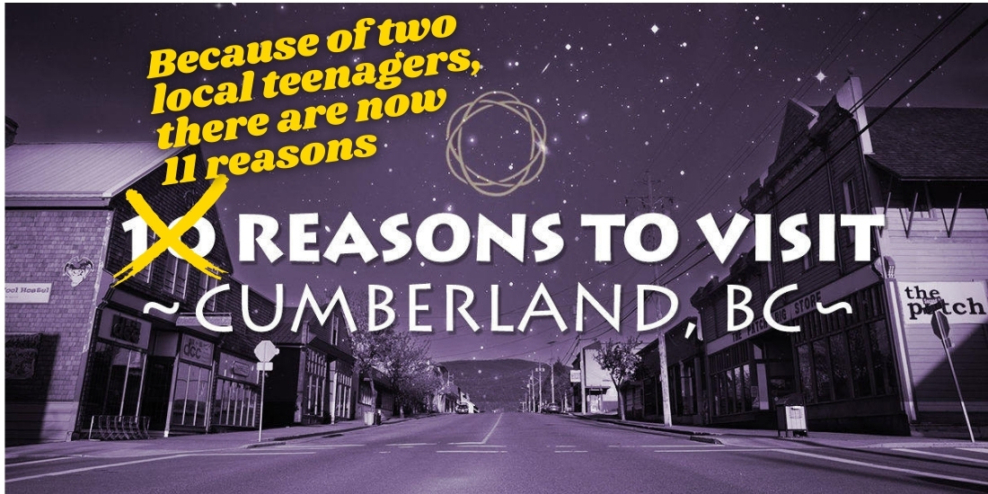 Random Flyer to Teens Led to Village’s Action on Climate

If the burden of climate change will fall on the shoulders of young people, then Cumberland teenager Lister de Vitré is prepared to carry the load.

In May, de Vitré and his friend, Ben Mason, talked the Village of Cumberland into adopting a Green New Deal. Now the two teenagers are designing a sustainability roadmap for their entire region.

“I had just finished Grade 12 when I read Naomi Klein’s book On Fire: The Burning Case for a Green New Deal. While it made sense to me, I thought nothing less than country or even worldwide change would matter,” De Vitré told the National Observer in a recent interview.

But what spurred de Vitré to change his mind is unusual. At first, de Vitré didn’t think there wasn’t anything he could do about the climate change crisis. However, a Council of Canadians flyer urging citizens to encourage local councils to adopt a Green New Deal changed his mind.

“This is a small town, and I was on a gap year. Cumberland has only a mayor and four councillors, one of whom I knew, so it felt doable,“ he said.

Cumberland Councillor Vickey Brown said he would have to make a speech to the council. She also advised de Vitré that to have more impact, “it needed to be more than just me.”

Most of de Vitré’s friends were uninterested in politics. So de Vitré approached his friend Mason, who took a sustainability and social justice course in high school. Mason immediately agreed.

“He is funny and creative and performs music in public. So now we were two,” de Vitré said.

With support from Rotary members and the school parent advisory committee, de Vitré and Mason went to the council with a list of resolutions and a significant amount of public support.

After some coaching from the council on how to make it relevant to this community, the motion passed unanimously. Now Cumberland staff are working out the details.

“There are plans to build a natural gas vehicle refuelling station. Staff are now working to ensure the fuel is renewable,” de Vitré said. ”Current development rules encourage the use of natural gas for heat and power. But fracked gas is not a clean fuel, and there is growing evidence it is hazardous to consumer health.”

He also said governments have waited too long to introduce carbon reduction measures, that meeting the Paris targets may seem overly ambitious to many.

“I see politicians who pretend to care about what kids are saying, but then don’t change direction. Changing the rules is hard work.”

Both de Vitré and Mason are leaving Cumberland to attend university in the fall. But before they leave they’re taking the Green New Deal region-wide over the summer. They plan to stay engaged and hope the Comox Valley Youth Climate Council will support a solid implementation plan in the fall.

“Sometimes I think about the vast scale of the universe, and the problems confronting this planet, and everything I can do seems irrelevant. But then I get back to real life. Being able to bring about this change has been very empowering for me,” de Vitré said.