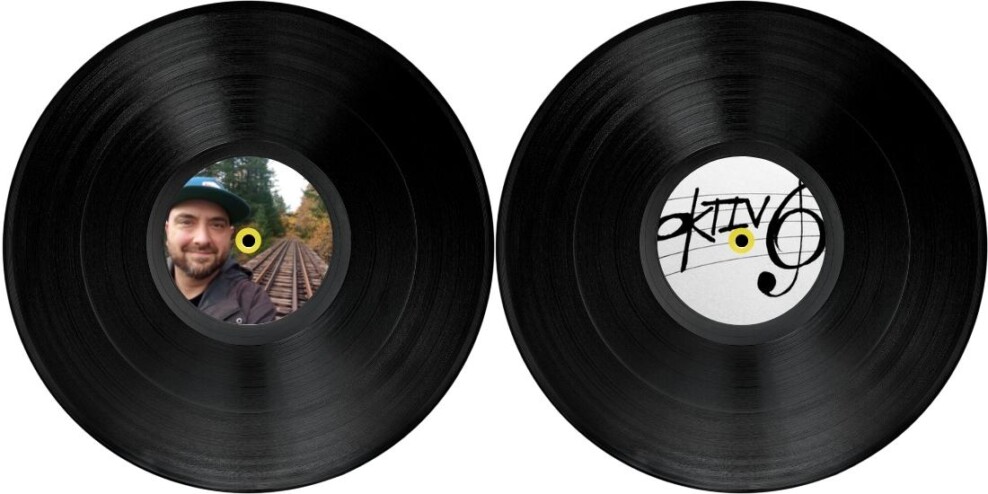 The new video, I’m Okay, is a catchy tune about “[l]oss, and moving forward, and remembering fondly those who had to leave us behind.” Although it has a bit of rap woven in, the ditty is a change of pace for Oktiv6 who is mostly known as a rapper.

As with his last video, Oktiv6’s new song features Island landmarks. Last time it was a travelogue of island towns from top to bottom, east to west. The new video was filmed at the Royston Trestle Bridge and Trent River Falls.

Oktiv6 is the stage name for Eric Ettinger, a married 42-year-old father living in Courtenay. Ettinger works as a support worker for special needs adults.

In a recent Facebook post, Ettinger reflected on his life since he started rapping as a penniless teen in the 90s.

He wrote: “Then I went to a fine arts school, and learned about performance, and annunciation, and blocking, and the Stanislavski method, and was told to stick to “legitimate art”, I kept rapping.”

“I would go on tour and run out of money, and have to get someone to send money so I wouldn’t be stranded in some butthole town, sometimes those butthole towns had their own Hicks that wanted to beat us. I kept rapping.”

“At that point I was living in the city, and mingling with the hip hop scene, which contained some pretty real cats, things got pretty crazy, I lost a few chums. I kept rapping.”

“Then I was a single parent, and student, and a pretty broken and sad individual, who had dealt with way too much pain in far too little time and I felt I had nothing and nobody, daily life seemed to be a pointless chore, I kept rapping.”

“Now I am a Father, and a husband, and I have a career that I love, I am 42 years old, and a lot of people probably wonder why I keep rapping…..well now you know.”

We’re glad you did Eric!

We can’t wait for your next song. Keep’em coming.

Party at the Big Burl!