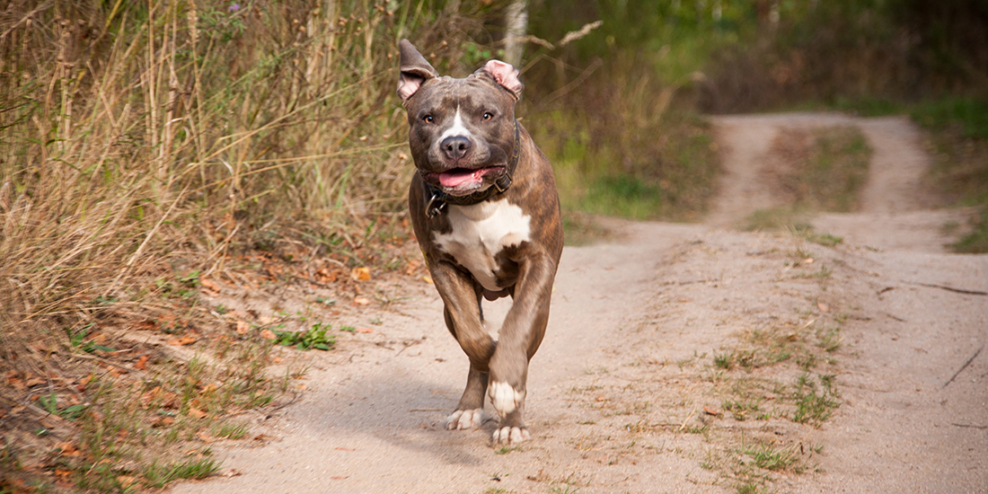 Comox Valley Dog Whisperer Has Saved More Than 20 Bad Dogs – Can He Save Bronx?

Bronx the pitbull is on Victoria's death row

Ken Griffiths of Comox Valley is the dog whisperer, and he’s in a court battle to save Bronx, a pitbull on trial for his life, from being put down.

“I’m a dog psychiatrist,” he told the judge in the case. “I literally know what dogs think.”

To be fair, Bronx the pitbull has done some bad stuff. He killed a tiny dog in Victoria with one bite. Unfortunately, he also bit two people.

The City of Victoria has ordered the dog to be put down.

But Richard Bonora, who owned Bronx at the time, says that the dog shouldn’t pay for his mistakes. After Bronx killed the dog, the City told Bonora to keep Bronx muzzled and under control. Bonora didn’t do that. And Bronx went on biting.

Bonora knows now that even though he loves Bronx, he can’t keep the dog under control. So Bronx has been living in the pound since March 2021.

That’s where the Comox Valley Dog Whisperer comes in.

Griffiths has adopted Bronx in an effort to save his life.

Griffiths lives with more than 20 dogs that he has saved from death row. All of these dogs were considered dangerous and were supposed to be put down. But Griffiths used his dog training to turn them into family pooches.

Christine Lowe, the judge in the case, has agreed to let Griffiths assess whether Bronx is truly dangerous.

Griffiths will bring two of his own dogs to the pound to meet Bronx. Ian Fraser, the head of Victoria Animal Control Services, will be there as a witness. Gary Gibson, who is another dog behaviourist from Port Alberni, will film the meeting.

That way, there is a video for the final trial on September 20.

If it turns out that Griffiths can work with Bronx, then the City will think about letting Bronx go live with Griffiths instead of putting him down.

David Giroday, the lawyer for the City, says that they are most interested in keeping the public safe and that they only kill a dog as a last resort.

Griffiths, the Dog Whisperer, is hopeful that he’ll be able to work with Bronx.

On his Facebook page, he said, “killing a dog doesn’t change anything; teaching humans to understand dogs does.”