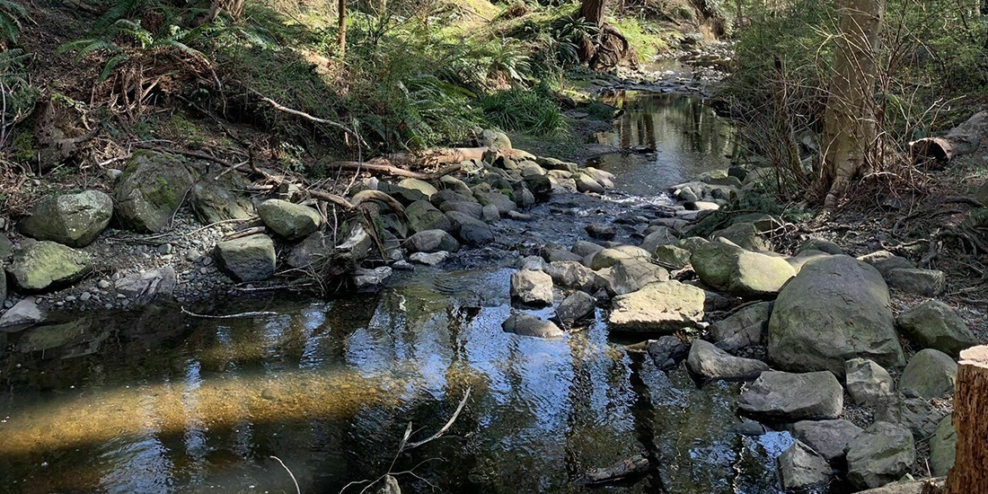 Did You Know There was Human Shit in Brooklyn Creek? Comox Staff Did

A sewage pipe broke and dumped raw sewage into the creek, but Comox town council didn't want to tell anyone

Brooklyn Creek suffers every once in a while.

Rain water gets drained from streets and sidewalks into the stormwater system. It washes off all the dirt, car exhaust, and tire dust and flushes it straight into the creek.

For twenty years, engineers have been telling Comox town leaders that their stormwater practices suck. But for the most part, it doesn’t look like they’ve cared.

Only recently, that problem got worse.

On September 3rd, Comox town staff found a leak in the sewage pipes near the Hillside and Highland intersection. The leak let raw sewage drain straight into Brooklyn Creek.

They didn’t tell anyone about it until the released this news update on September 25th.

And they still haven’t said anything about how much raw shit spilled into Brooklyn Creek.

In the news release, they said:

But Comox town council isn’t exactly known for being open about big problems.

Brooklyn Creek starts in Courtenay, then passes through Area B before it gets to Comox. That means three different towns are in charge of maintaining it. Only none of them monitor the creek’s water quality.

You might want to ask your elected officials why nobody let Comox residents know that there was human shit flowing into Brooklyn Creek. Like, maybe let people know that their kids might have played in poo?

How about sending your town councillor an email?