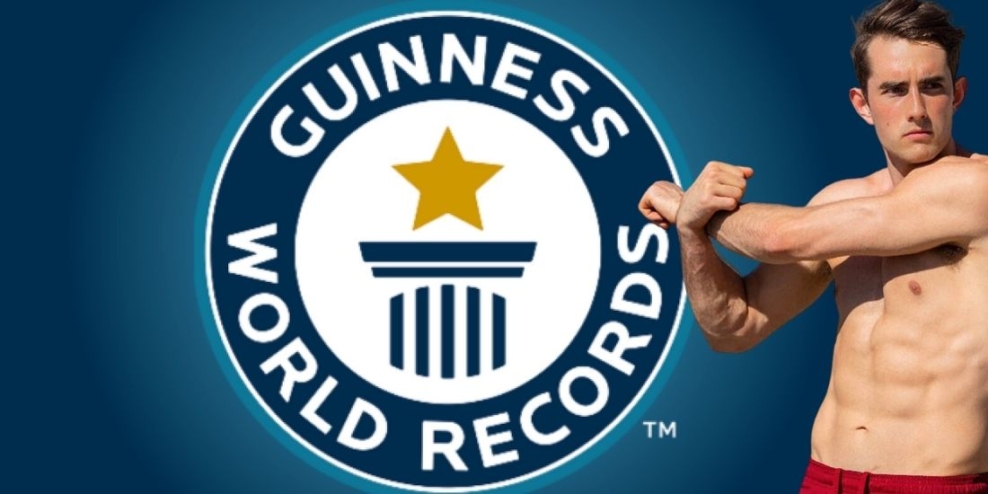 Looking for a pandemic project, why not shatter a world record?

Mitchell Cook, a former player with the Oceanside Generals of the Vancouver Island Junior Hockey League, will soon attempt to break the Guinness World Records for the most chest-to-ground burpees in 1 hour.

In a recent article, the 21-year-old fitness fanatic from Nanoose Bay told Black Press that he loves to push himself to find out how much his body can endure.

“With different hockey camps, you always would push yourself to be the best you can be and see what you can achieve. I just love the endurance stuff. So, within an hour, it would be cool to see how far I can go.”

And he’ll have to go far to break this record. Since applying to the folks at Guinness World Records six months ago, the challenge has only gotten tougher – a lot tougher.

The previous mark of 879 held by Kitchener, ON  CrossFit athlete Nick Anapolsky was beaten in July when Brazilian mixed-martial art fighter, Cassiano Rodrigues Laureano, tallied 951 burpees. On Nov. 5, Cook will make his bid to become the new burpee king.

“I want to be the first one to break the 1,000 mark. That would be a really cool achievement,” Cook said, who is currently in school taking a nutritional consulting diploma program at the Alive Academy. It’s a full-body workout.”

And a painful one. A single burpee combines a pushup, squat, and jump all in one fluid and physically demanding motion. Imagine doing 1,000 of these back-to-back. To beat the record for an hour, Cook will have to maintain a gruelling pace of 16.7 burpees per minute.

“I’ve always had very good cardio so burpees is something that most people hate them but I would say I have a love-hate relationship with them,” Cook told Check News.

However, Cook said he’s up to the challenge and has added a little extra motivation to get him over the top.

Call it a pandemic project with a purpose. While pushing his physical limits to the extreme, Cook will also raise awareness and funds for the National Police Federation Benevolent Foundation. The charitable foundation was established in 2020 to support the families of fallen members.

Cook has dubbed his burpee blitz, Burpees for the Fallen. It’s his first fundraising effort. He took it on partly because of his brother, an RCMP member in Nunavut, and to help raise the profile of this relatively new charity.

In between hard training sessions, Cook put up posters around Parksville and Qualicum Beach that have a QR code people can scan using the camera on their cellphones. It will direct you to the National Police Federation Benevolent Foundation donation website, where you can make a donation and also receive a tax receipt.

To learn more about the National Police Federation Benevolent Foundation, go to https://foundation.npf-fpn.com/