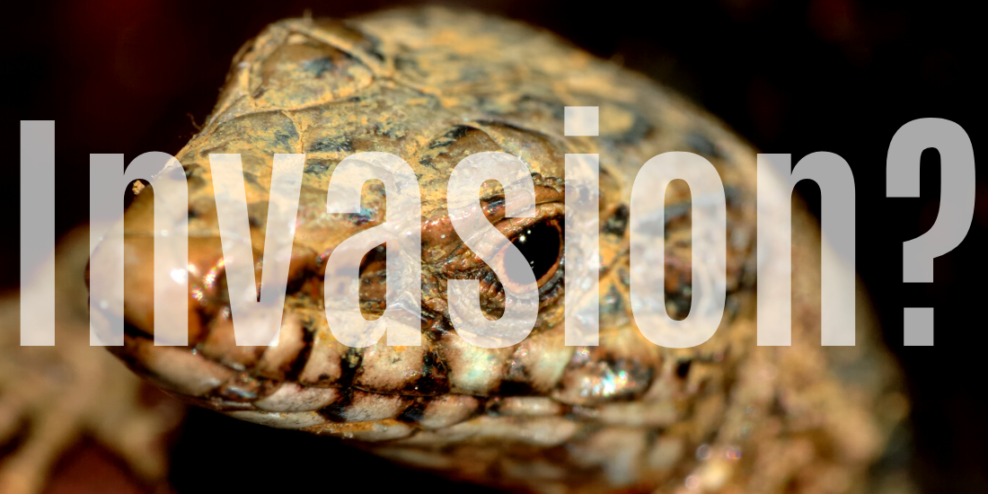 They Might Be Cute, But They Eat Their Young

And they're devouring important native species

An unwanted invasive lizard is making its happy home on Vancouver Island, and biologists are worried.

The common wall lizard, Podarcis muralis, is native to the Mediterranean, grows to more than 20 cm in length, and lives as long as a decade.

Wall Lizards got a foothold on the Island in 1970 after the hapless owner of Rudy’s Pet Park in Saanich closed operations. He donated the monkeys, lions and other larger creatures to the Greater Vancouver Zoo but allegedly released a dozen or so wall lizards into the wild.

Ever since, this miniature Godzilla has been munching on baby garter snakes, frogs, insects and other native species. They have spread from Victoria to the southern Gulf Islands in half a decade, and as far north as Ucluelet and Campbell River. They’ll even eat their own young.

According to some estimates, the original 12 invaders have grown into a reptilian army numbering 700,000. That’s 20 times the population of Campbell River.

Gavin Hanke, the Royal BC Museum’s curator of vertebrate zoology, has been sounding the alarm about wall lizards since 2006.  In a recent interview for Maclean’s Magazine, Hanke said we’re past the point of eradicating this lizard. The best we can do is snuff out new populations as soon as they’re discovered.

In the meantime, Hanke is concerned about the wall lizard’s impact on native species like the sharp-tailed snake, the Pacific chorus frog and the northwestern alligator lizard.

He prefers a humane method he calls “lizard noosing.” All you need is a fishing rod with a small loop at the end. You lasso the lizard’s neck, tug sharply upwards, and the lizard is yours. Afterwards, Hanke puts the captive into the fridge until into lapses into torpor. Then he puts them into the freezer to finish the job.

“They have to be frozen solid,” he told McLean’s Magazine. “They can survive partial freezing.”

Despite being a major predator, wall lizards are popular with some members of the public. Last June, Times Colonist readers peppered the newspaper with angry emails following a story about the best ways to trap and kill them.

“They don’t eat the roses like the deer, carry disease like the rats or buy up all of our affordable housing like the Torontonians,” wrote one local farmer.

But Hanke has news for wall lizard-loving green thumbs. He calls wall lizards an agricultural pest that gorges on essential pollinators.

Still, Hanke admits he has a love-hate relationship with the lizard. He’s had a soft spot for reptiles since childhood but hates the impact they’re having on VanIsle’s web-of-life.