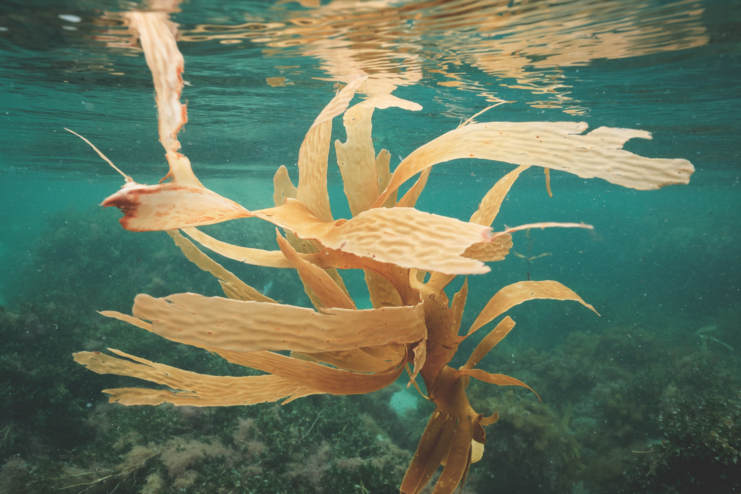 On the Brink of a Seaweed Boom

Commercial seaweed farming is a brand-new industry in BC

It seems like everyone is talking seaweed these days.

The first-ever Seaweed Days ran May 17 to 23 and was created by Sidney-based Cascadia Seaweed Corporation. The virtual festival aimed to generate more buzz about the potential for commercial seaweed cultivating and harvesting along Vancouver Island’s coast. Speakers, culinary demonstrations, panel discussions, and tours focused on bringing greater awareness to the economic benefits of expanding the industry.

“Small seaweed operations have been in the region for decades, but at the commercial level, this is a brand-new industry in British Columbia,” said George Hanson, the president of the Vancouver Island Economic Alliance, in a recent CTV report. “This is a huge opportunity for not only growing seaweed in coastal BC, but for producing a whole range of seaweed products for which there is global demand.”

Seaweed is also being pitched as a sustainable economic alternative for rural coastal communities as the federal government looks toward phasing out controversial open-net factory salmon farming by 2025.

“The workforce and the infrastructure already exist on our coastline and it’s just a question of exploiting it,” Collins said in a company press release dated Feb. 7, 2021.

Cascadia currently has two seaweed farms for growing kelp in Barkley Sound and two more in the application process, as part of commercial agreements with the Uchucklesaht and Huu-ay-aht First Nations.

“I think the work that we are going to do together is going to benefit our shareholder Nations,” Larry Johnson, president of Nuu-chah-nulth Seafoods, said in the Cascadia press release. “I really hope that First Nations, regional districts, provincial and federal governments can come together in collaboration … to create this opportunity.”

Cascadia has big plans. By 2025, the company hopes to be cultivating 500 hectares of seaweed (about the size of 1000 football fields) with agreements in place for another 500.

So far, it’s mostly hype, but Courtenay-Alberni MP Gord Johns loves the idea. He called it a “fabulous alternative to open-net salmon farming.”

“From Bamfield to Hesquiaht, people are very excited about it,” MP Johns said. “There is an opportunity right now for the federal government to really support this sector and help support the advancement of it. It’s going to enhance the environment instead of potentially harming it.”