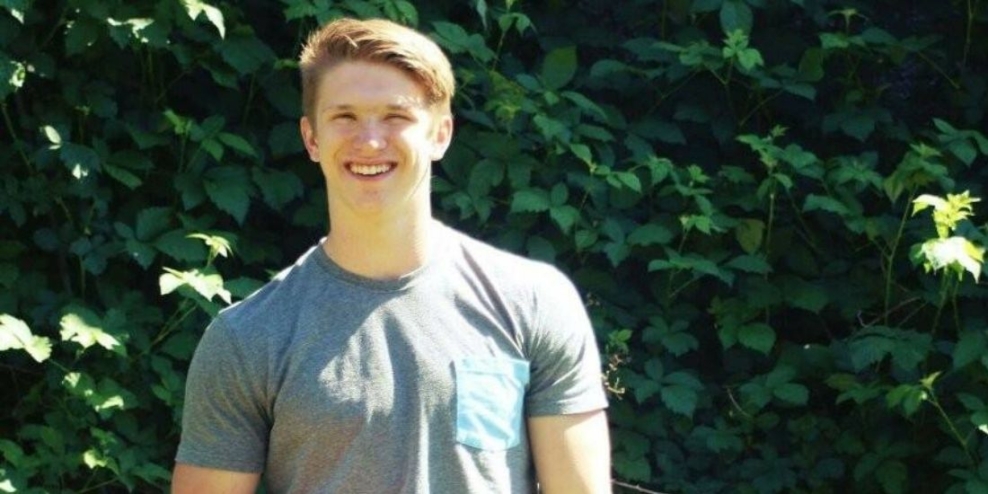 He broke his neck in two places, with severe trauma to his spinal cord

A young Comox Valley man is in a Vancouver hospital with serious spinal injuries following a diving accident on the Puntledge River.

Cameron Thompson, 22, was swimming just downstream from Condensory Bridge on July 3. So when he dove off the rocks about 2 metres above the river and didn’t resurface, his friends knew something was terribly wrong.

“Nobody saw the actual impact, but from where they were sitting, they could see he was laying in the water, not able to move,” said Thompson’s aunt, Brenda Payne, in a recent story for Black Press. “So, they jumped in, pulled him out, and saved him from drowning.”

Kianda Jacobsen, a friend of Thompson’s recently trained as a health care aide, was one of those who cared for the young man until paramedics arrived.

“There was about 10 of us on scene at the time that did a little bit of everything,” Jacobsen told Black Press. “It was very scary – it happened so fast. He dove into the water and definitely thought it was deeper than it was. It was just too shallow where he hit.”

Thompson broke his neck in two places, with severe trauma to his spinal cord. He was transported to Vancouver, where he remains, with his mom, Christina, by his side. He is paralyzed from the chest down.

Payne said the family is grateful to the friends who responded so quickly to save Thompson. She also hopes the tragedy will warn others about the potential dangers of river swimming.

“Honestly, this was just an honest mistake, an honest accident,” she said. “Things like this can happen so quickly.”

Thompson faces a long recovery. Health care staff were helping him sit up in his bed and breath without a ventilator. A trust fund is being established to accept donations toward rehabilitation costs for the Thompson family.