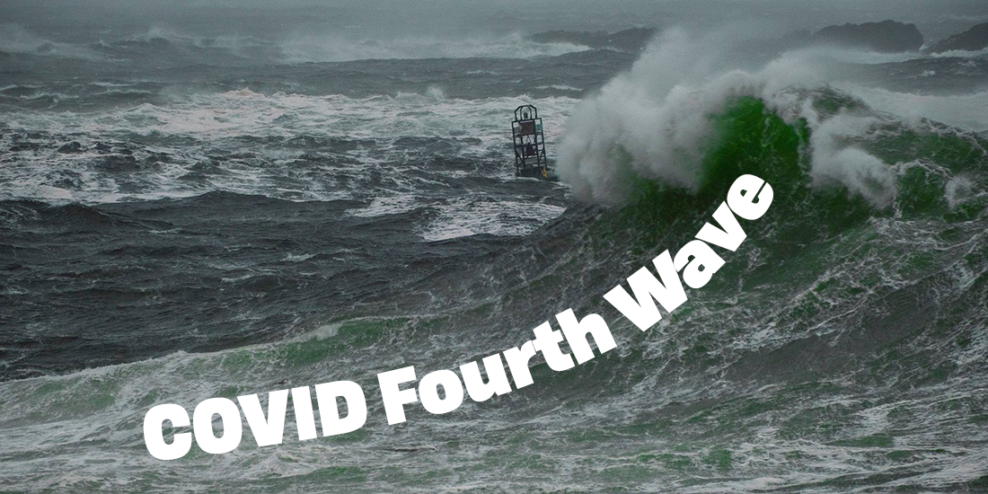 The fourth wave hit VanIsle in early August. Back in July, maybe 1 or 2 people a day were diagnosed with COVID. But since then, between 30 and 113 people have gotten a positive test every day. VanIsle’s worst COVID day was October 27.

Now we have more active cases than Northern Health. And Northern Health is so bad they’ve had to ship more than 100 sick people to other parts of the province to get care.

There are some bright spots, though. Roughly 3,000 doctors, nurses, lab techs, and other health care workers were suspended last week for not getting their COVID vaccines. But VanIsle isn’t really affected. Most of those suspensions are in Northern Health and the Interior.

The main hospitals on VanIsle that treat sick COVID patients are still performing all their surgeries, or at least they will be by next week.

COVID rates among kids under 11 shot up when the school year started. But infections in young kids are slowing down. And kids 12 and up who have gotten the vaccine are hardly getting sick at all.

Among kids over 12, “we’ve had very few cases, and we’ve had no hospitalizations. That’s important for us to think about as vaccines are now becoming available for the younger age group as well.”

The vast majority of people who are coming down with COVID now haven’t gotten a vaccine. And lots of those folks are ending up in the hospital.

But recent modelling estimated that we’d have 8,000 cases a day in BC if it weren’t for the vaccines.

And that would be awful.

As Islanders, we’re used to some waves. But this one has been pretty tough, even though parts of life are going back to normal. But we’re about to hit flu season and Christmas parties, so things could get rough again out on the respiratory seas.

So get a flu shot. Keep your mask on. And give your folks the gift of good health for the holidays.

We’re all bloody tired of this. But the idea now is to keep taking care of each other. And we’ve shown over the last year and a half that we know how to do that.

Want to Protect Your Baby Gravy? Lay Off the Ivermectin

Island Could Open to Mainland Tourists as of June 15

Why Did This Man Throw Eggs and Swear in the Phone Store?