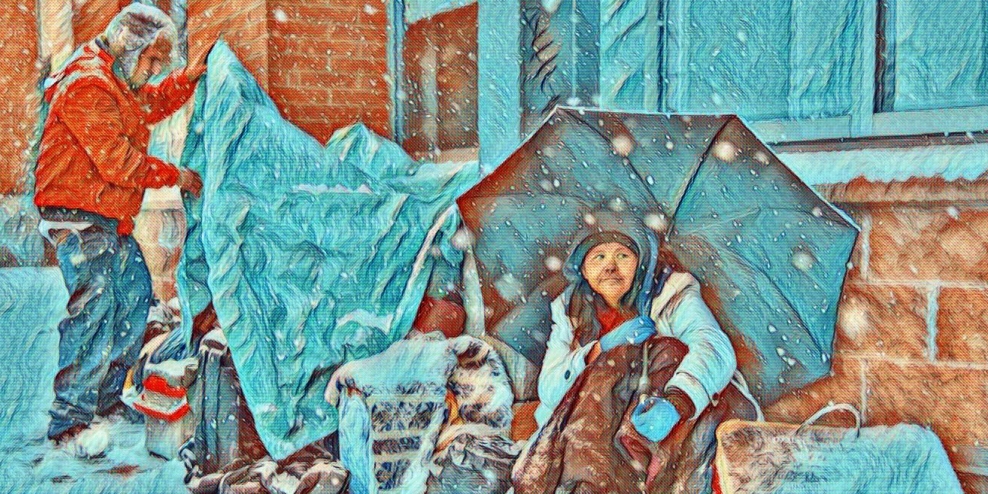 For people who love snow and skiing, cold winter weather is a happy place. But for those living on the street, it can be a terrifying and life-threatening experience.

Weeks of sub-zero temperatures and snowfall has made for a winter wonderland on North Vancouver Island over the Christmas holidays. However, it has left communities scrambling to find shelter for at-risk people. The Salvation Army-managed Pidcock House has 27 men’s beds and 14 women’s beds. They filled all but three of the women’s beds on Christmas Eve.

With the freezing Christmas time temperatures, the Comox Valley Regional District was forced to convert its Civic Room into a temporary shelter to give vulnerable people another warm place to spend the night. It has a capacity of 15 people. But this is a stop-gap measure.

Homelessness is a growing crisis in many communities on VanIsle.

Before the pandemic, there were an estimated 130 homeless people in the Comox Valley. A survey in the fall of 2021 saw that number had jumped by almost 75 percent to more than 230 individuals. It’s a crisis that has landed in the lap of local governments and organizations. Last August, the CVRD, in partnership with Comox, Courtenay and Cumberland, secured $1.1 million in provincial and federal funding to boost the number of shelter beds in the future.

A source at the CVRD says the province needs to do a lot more. Homelessness is a provincial government responsibility. The BC Housing Authority is tasked with funding affordable housing and emergency shelters in communities throughout the province, but is failing to keep up with demand.

The crisis leaves many towns struggling to find creative, short-term solutions and deal with the problem of homeless encampments on city property.

Last fall, Nanaimo Mayor Leonard Krogg was in the news advocating for more funding for the RCMP to help protect businesses and citizens following some high-profile assaults and robberies allegedly involving homeless people. However, critics called it the wrong approach that criminalizes a social and economic problem rather than dealing with root causes.

But in a CBC radio interview, Krogg defended the move. He said in the absence of more provincial funding and support for homelessness; he had no choice but to boost police resources to keep Nanaimo streets safe.

Too Much Tourism? Local Takes Action Because Governments’ Haven’t