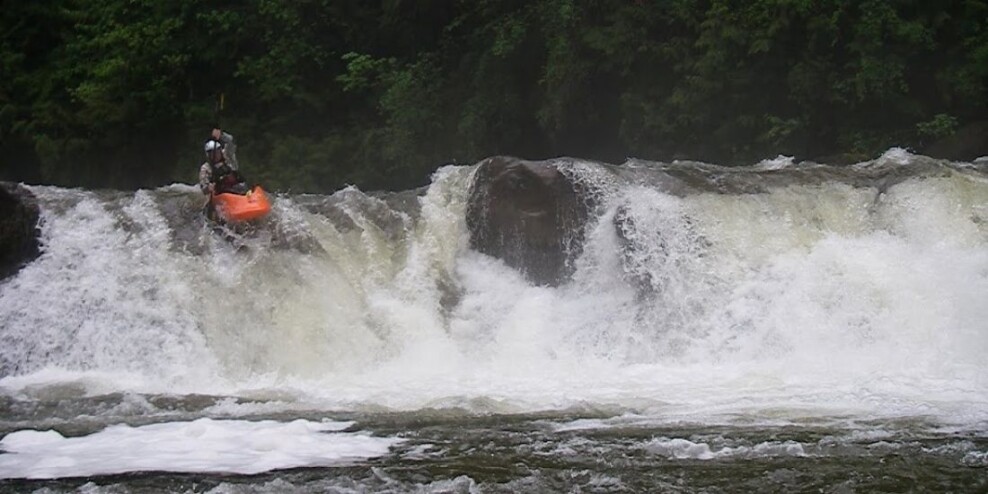 BC Hydro Turns the Puntledge Into Paddlers’ Paradise

If you are looking for a tranquil float on an inner tube or a wild ride through whitewater, the Puntledge River can provide it – which you get depends on the day.

And how much water BC Hydro is releasing at the dam where the river exits Comox Lake.

BC Hydro controls the flow for both electricity generation and salmon habitat.

Originally built in 1912 to provide electricity for the coal mines in the Cumberland area, BC Hydro took over the dam in 1953 and upgraded it in 1982.

It now generates enough hydro to power more than 400 homes.

But on some days, the iconic Comox Valley River is also a whitewater paddler’s dream come true.

When heavy rain or snowmelt raises the lake’s level, BC Hydro releases water through the dam.

Consequently, the river’s character shifts dramatically from calm and peaceful to wild and woolly.

BC Hydro sounds a siren, then opens the sluice, suddenly releasing a torrent of water. This raises the Puntledge’s volume from 8 to 15 cubic metres per second (cms) to a thundering 80 cms, sometimes even 140 cms.

But it only happens 20 or so days a year.

For most of its fascinating journey from Comox Lake to where it meets the Tsolum River, the Puntledge tumbles in a series of roaring rapids, pools, and waterfalls.

Among kayakers, the Puntledge is renowned for so-called “play waves,” standing waves that paddlers can surf while not moving downstream.

Check out this video.

Kayakers come from far and wide to paddle Puntledge whitewater. There is even a festival devoted to it called Puntledge Fest.

Unfortunately, because of COVID-19 and province-wide travel restrictions, Puntledge Fest has been cancelled for the past three years.

But that didn’t stop paddlers when BC Hydro released water from the dam on a beautiful day last May.

But in the meantime, if you hear the siren, get your kayak and enjoy.

Shred the Gnar with Custom Planks