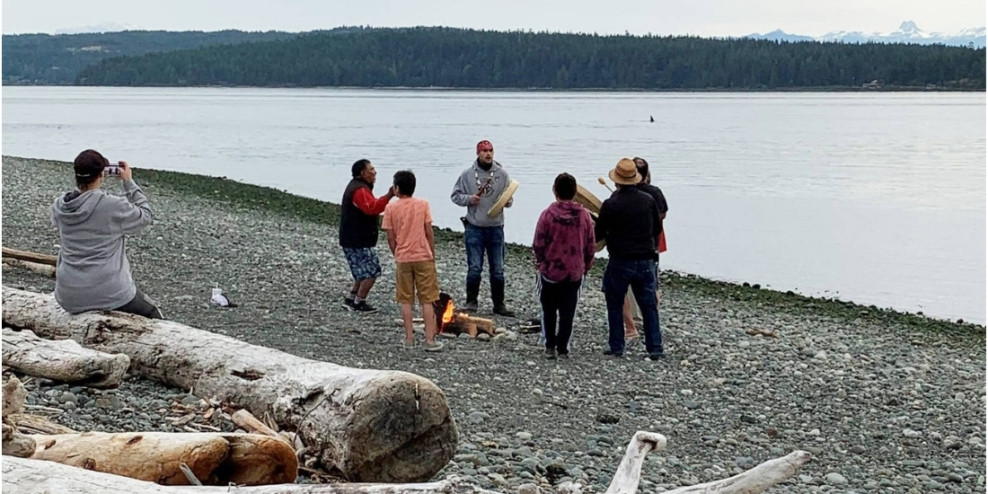 “I believe they came to deliver our messages to the children"

In early June, a pod of four Orca whales appeared as a small group of people gathered at Tyee Spit near Campbell River beach to drum and pay respect to the 215 children found in unmarked graves on the grounds of the Kamloops Residential School.

“Everybody had pretty heavy hearts,” said Cory Cliffe, founder of the 7 Generations Stewardship Society, in a story reported by Victoria News. “We were still really feeling it.”

Words were shared and prayers offered before Cliffe and other members of his community started drumming and performing a paddle song.

Then, people watching the group started pulling out cameras and pointing out to the ocean. When Cliffe looked he saw the whales.

It was a powerful moment given the significance of Orcas and the number four, which represents the four directions.

“When somebody passes away, the past chiefs of their family will come in the form of the killer whale,” Cliffe said. “And they will come to carry them off to the spirit world. When that sacred number appeared, wow!”

Cliffe said it intensified the group’s playing. He called it “one of the most beautiful things” he’s ever seen and “had the privilege to be part of.”

The video shows the whales swimming close behind the performers. Cliffe said he was witnessing his ancestors and seeing one of their legends come to life.

“I believe they came to deliver our messages to the children,” Cliffe said, fighting back tears. “They’re giving the kids their final journey that should have taken place a long time ago.”

Until 2014 when he became sober, Cliffe struggled with addiction before making a long recovery and reconnecting with his people and culture. The appearance of Orca whales at such an emotional moment reinforced that connection.

“It’s really motivational when things like that happen because we know that we’re on the right track to tracking down who we were and representing our people as we are now,” Cliff said. 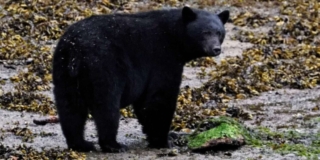 WATCH: Orcas Come Back to the Salish Sea