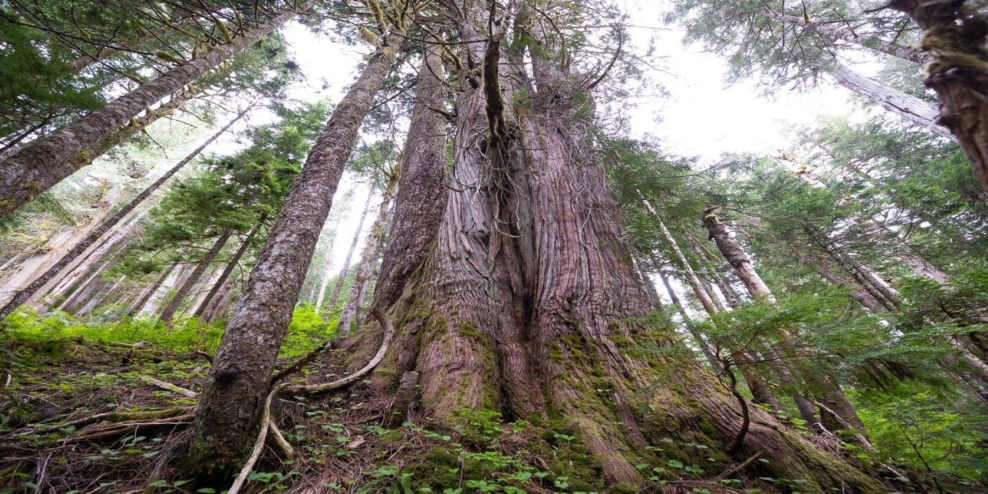 Think About it – Big Trees Are More Valuable Left Standing

An independent economic study found saving old-growth forests near Fairy Creek could add $40 million in net economic benefits over the next 100 years,

While RCMP SWAT teams arrest youths and adults fighting to protect old-growth forests around Fairy Creek, Port Renfrew has quietly made a shift from a town that relied on cutting down big trees to one that sees more value in them standing.

In the 1950s, close to 1000 people lived in this coastal logging town. By the 1990s, that population had sunk to less than 300. Today according to some local sources, less than a dozen Port Renfrew residents still work in the forest sector.

The cost-benefit analysis indicates carbon storage or sequestration, recreational tourism, coho salmon habitat, non-timber forest products like floral greenery and mushrooms, along with research and education, are worth more than logging alone. In addition, the study highlights that tourism by itself would make up for 66 percent of the losses to GDP if logging were stopped.

“The findings are significant because they tell us that old-growth forests are not being managed in the broader public’s best interest,” Inness said. “We need to see the province start making decisions around old-growth management that are in the best interest of all British Columbians — and not just the forest sector.”

As of early July, nearly 350 people had been arrested at the Fairy Creek logging blockades.

According to Karl Ablack, President of the Port Renfrew Chamber of Commerce, the new study illustrates the economic transformation that Port Renfrew had experienced since the 1970s and 80s when the town’s resource economy tanked.

In 2009 photographer and forest activist TJ Watt and a friend practically stumbled across the find of a lifetime, a stand of ancient cedars less than a half hour’s drive from Port Renfrew. He dubbed it “Avatar Grove.”

“I knew right away that we had found something special,” Watt said in a story published in Explore Magazine. “It was wild. People started visiting Avatar by the thousands, and media coverage went viral – locally, nationally and internationally.”

Public attention forced the BC government’s hand. In 2012, the province protected Avatar Grove as a 57-hectare old-growth management area. But it was an imperfect horse trade. Victoria had to compensate the tenure holder Teal-Jones Group, the company at the centre of the Fairy Creek controversy, with an equal area of old forest elsewhere on the Island.

That’s why in 2016, the community’s Chamber put forth a resolution to the BC Chamber of Commerce to support the protection of old-growth forests in areas where these forests had greater tourism value left standing. The resolution was unanimously adopted.

Dan Hagar manages between 25 and 30 rental properties in Port Renfrew, a business that he started in 2012 with just two properties. Occupancy has more than doubled in that time period, he said in the Explore Magazine story.

“We’re getting people from Europe, Australia, New Zealand and the United States who are coming here for the trees,” Hagar said in the story reported by Explore Magazine. “For many of them, it’s a once-in-a-lifetime experience.”

Tour of the Taps Part 2 – Campbell River and North Island