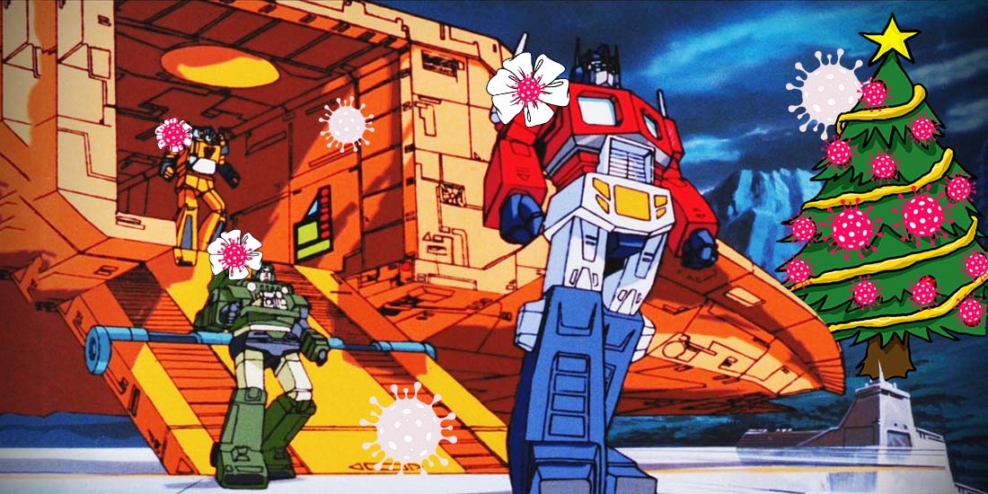 Happy Holidays, How About a New COVID Variant?

COVID is like the rain—we’re tired of it, but it’s not tired of us.

And just in time for the holidays, there’s a new COVID variant. Only folks are a little confused. The new variant—called Omicron—sounds like something out of a Transformers movie.

No, Ryan, that really doesn’t help.

The province is bringing back some of the mask and capacity restrictions, but only in the Northern and Fraser Health Regions.

They should probably bring them back here, too. VanIsle now has the second-highest number of active cases in BC.

Dr. David Forest told CTV News that  most people with COVID in VanIsle hospitals a few weeks ago were from the mainland. Now, most of them are local.

We don’t know much about the Omicron variant. We don’t know if it will be worse than Delta, which is currently the dominant strain in BC.

But we can be pretty sure that the BC government will put the economy ahead of protecting people again. Once again, Horgan’s crew will dither and delay before making much-needed health orders, likely resulting in another avoidable spike in cases.

Travellers who come into Canada will have to get tested at the airport when they land. They’ll also have to quarantine until they get a negative result.

But for now, the government isn’t doing much to stop the Omicron that is already here.

So it’s a good thing Islanders are good at taking care of each other. Yes, people on VanIsle are still getting sick. We’re tired because we hoped COVID was over, and it’s not.

But we can hunker down. We can make smaller Christmas plans that are fun but also keep folks safe.

And hey, maybe it’s time to buy every one we love a festive N95 mask.

If You Work in Senior’s Care, You Need to Get the Jab